I stopped writing publicly for a while.

Its probably because I’ve been so mentally engaged in consuming and applying, that I haven’t had the time to reflect and review, and more importantly create.

Over the past 18 months (ending Oct 2016), I’ve had the fortunate opportunity to help form and rapidly grow a boutique AdTech and MarTech Consultancy serving some of Australia’s largest Enterprises (NOTE: Details on my LinkedIN as usual). Growing a service business was an interesting shift as compared to my usual product-type Organisation but a welcomed one.

As Head of Consulting, it was exhilarating having to not only craft and execute for External Clients, but to also look inward, navigating the direction and setting the standards to which we as a Company adhered to. From ‘work product’ depth and quality, to language tone and style, the mantra that kept me honest was one that was drilled in to me by a mentor of mine - Mike Reining -

“How you do one thing, is how you do everything”.

The Client accolades and continued support (through consulting contracts) was proof that the late nights, work weekends and working holidays spent to maintain the high standards was a much needed and very appreciated breath of fresh air in the industry. Our work delivered significant quantifiable value during my tenure. Suffice to say, I surpassed my personal goals.

I decided to resign and take some time off. 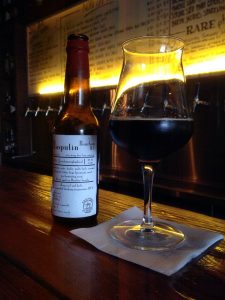 Yearning for some adrenaline pumping activities, I rekindled my interest in Bouldering. 9Degrees was all the hype (and much deserved - I must say), and having converted Pat to the ‘Cult of the Ascent’, we spent our weekends solving routes and figuring out which Craft beer we were going to indulge in to celebrate victories. This was fun until I met my match - a hard route that stumped Pat for a bit and got me getting to overly enthusiastic about solving it. Having reached the top and giddy with excitement, hubris got the better of me and I couldn’t safely break my fall - resulting in a fracture that kept me in ‘moon boots’ and a walking cane for 8 weeks, and sneakers for another five. My sincerest thanks to the Doctors and Nurses of St. Vincent’s for the hard work and attentive care in getting me back to normal.

I’m counting down to the end of Jan 2017 to resume my climbing again. 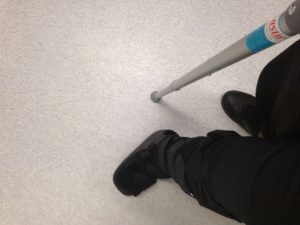 Staying at home however, has its advantages. I’ve had plenty of unstructured thinking time - which I value dearly. Its my fundamental and foundational stepping stone of how I come up with new ideas and pursue thoughts of interest. This also means, my momentum tends to ground to a halt, until my mind has had some time to wrap itself around the topics I’ve been ruminating about. While it may seem extremely unproductive (and in most cases, if quantified based on output produced over time - it does seem very much so), I tend to view it as a investment in personal and/or professional growth for the long or near mid term period.

Here are some of the relevant highlights of my recent stint:

While a lot of what I’d like to write publicly about is still in its infancy, I’ve decided to take the approach of ‘ship early ship often’ with my research and publications, so do keep tabs on future updates.

Having said that though, like with all ideas and goals - everything is a fluffy candy cloud until its real - and so I find myself saying